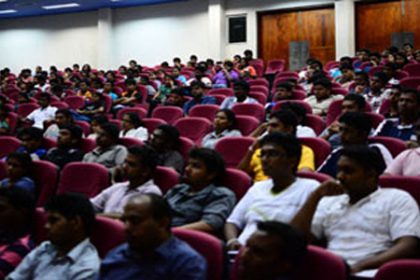 One of the UKa��s largest universities is offering the chance for Sri Lankan students to win a full-fee scholarship for a Masters course in Computing.

The Capture the Hacker competition was officially launched by Sheffield Hallam University at a public lecture at the Auditorium of SLIIT Malabe Campus on 3rd March 2014. SHU and SLIIT has been in an academic partnership since the year 2005 and around 700 students have either followed SHU degrees at SLIIT or transferred to SHU from SLIIT under the summer top-up programme.

The winner of the competition will receive a full-fee scholarship to study MSc Information Systems Security in the UK in September 2014.

More than 200 students attended the public lecture, entitled a�?The Changing Face of Malicious Hackinga�?, by course leader Neil Richardson. Neil also ran a computer hacking workshop for SLIIT computer systems and networking students alongside Stephen Lofthouse, course leader in Big Data Analytics. The students who attended the lecture and workshop in Colombo were extremely enthusiastic about information security and the chance to test their skills in the Capture the Hacker scholarship competition

Stephen Lofthouse and Dr. Malitha Wijesundara was interviewed on the Rise and Shine breakfast TV show during his visit where he was able to highlight the issue of computer hacking and how ita��s a growing problem facing companies across the world.

The Capture the Hacker competition is open to students with experience of IP packets and Linux.

For details of how to enter the competition, visitA�www.capturethehacker.info/ The closing date is 21 March 2014.

The event was organized by the Business Development team at SLIIT on behalf of SHU(UK). 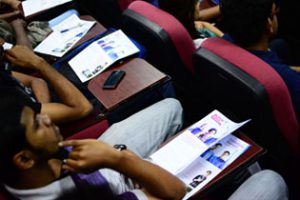 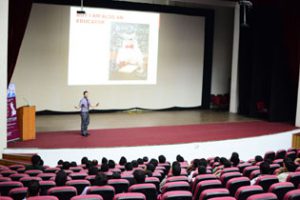 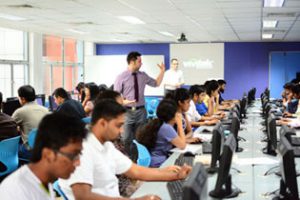 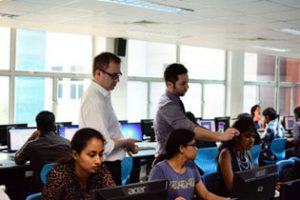 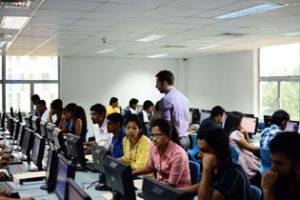